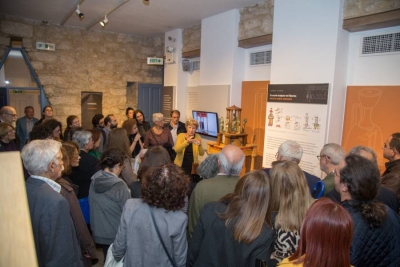 The exhibition “Eureka – Science, Art and Technology of the Ancient Greeks” was inaugurated at the Museum Herakleidon in the presence of a host of museum goers, ambassadors and members of the diplomatic corps of several countries, representatives of the Ministries of Culture and Education and of political parties, academicians, and members of the university community and the media.

In his brief greeting, the founder and president of the Board of directors of the museum, Mr. Paul Firos pointed out that “the first museums were an extension of private collections of numerous strange and rare objects, placed one next to the other, which aimed to impress the visitor. Quite some time has passed since then and things have changed.

Museums no longer aim to impress but aspire to effectively disseminate knowledge and information. The focus is on content, on the history that accompanies the exhibits and on their educational role.” He continued: “When we were hosting works of art in this space, our main concern was the authenticity of the exhibited works. In the current exhibition, authenticity is identified with documentation. The models that you will see today are objects that have been checked, studied, constructed and rechecked by the experts in their field. The references sources are constant, as an exhibition related to science is obligated to do. The documentation that we strive for, the certainty of knowledge that is behind every exhibit was achieved thanks to our collaboration with the Association to Research Ancient Greek and Byzantine Technology, ΕΔΑΒυΤ”.

In his address to the attendees that had filled the rooms of the building on Herakleidon street, the professor of the National Technical University of Athens, academician Manolis Korres spoke of the fortuitous circumstances that led to the construction of the walking Servant Girl and of his collaboration with professor Theodosis Tassios, professor Clairy Palyvou and the director of the museum, Mrs. Nomikou, as well as of the host of new acquaintances with remarkable people that resulted from this exhibit’s creation.

In describing his exceptional creation, he said: “In November 2016, professor Theodosis Tassios, already familiar with the object, asked for my contribution towards an improved iteration of the servant girl. He also said that it would be desirable for the exhibit to move automatically as described by Heron of Alexandria. Thus the design included this feature, i.e. hidden wheels, pulleys, counterweights, securing mechanisms, control levers and a container of seeds, whose slow flow controls the acceleration. In addition to these, the lower limbs execute walking movements thanks to a system of eccentric rods".

The last to speak was the president of ΕΔΑΒυΤ, professor emeritus Theodosis Tassios, who once again captivated the audience with his rich and lively speech. Besides, EUREKA is his creation and lifelong work. “The presentation of only certain units of the exhibition is a deliberate choice. It is an opportunity to learn more about the objects, to describe the reasons that led to their invention, to search for and to highlight the effects these had on the evolution of science” he noted, and in conclusion, “it is correct to assume that, as is the case today, the forefront of technological research was financed and contributed to the advancement of military technology. In viewing the present exhibition, the visitors will grasp the true power of the trireme, the value of the moving siege machine, the mechanism used to shoot arrows by powerful catapults and the advantages offered by telecommunications”.

Immediately following the speeches, Theodosis Tassios and professor emeritus of architecture at Aristotle University of Thessaloniki and secretary of the ΕΔΑΒυΤ Clairy Palyvou gave a guided tour of the Automata of the Hellenistic period, Manolis Korres and Spyros Oikonomopoulos presented the walking Servant Girl, and professor of Space physics at the National and Kapodistrian University of Athens Xenophon Mousas, introduced the attendees to the secrets of the Antikythera Mechanism. At the building of Apostolou Pavlou, member of the Board of Directors of ΕΔΑΒυΤ, mechanical engineer and writer-researcher Konstantinos Yiannakos and the curator of the exhibition, architect specializing in the conservation of archaeological sites and monuments Fotini Belliou, gave a guided tour of the Technology of War. Dimitrios Katsikis, the creator of the impressive suit of armor, as well as of other exhibits also participated in the tours.

The evening ended with a reception in the courtyard of the museum.

"EUREKA: Science, Art and Technology of the Ancient Greeks" 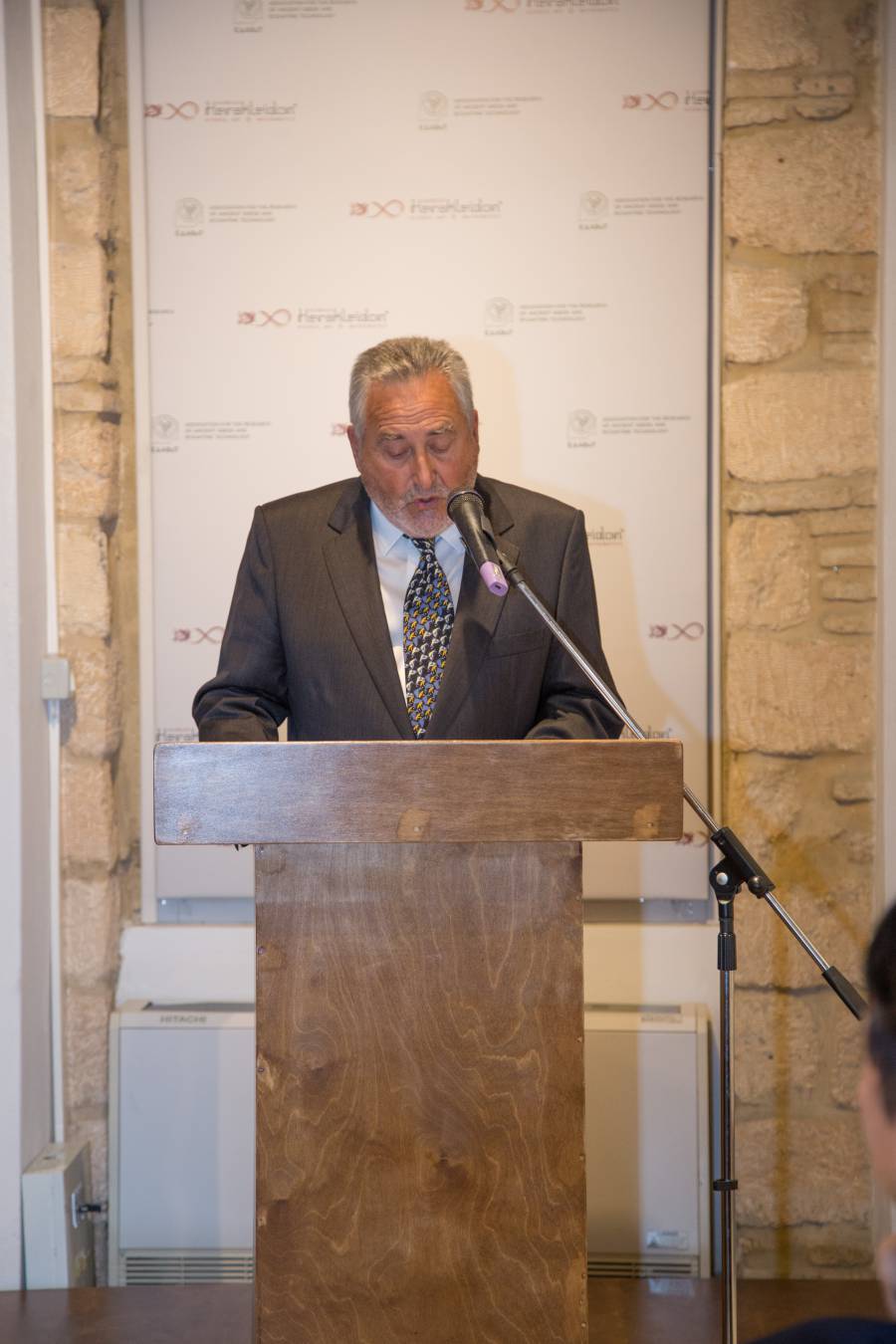 The Founder of the Museum Herakleidon and Chairman of the Board of Directors, Mr. Paul Firos 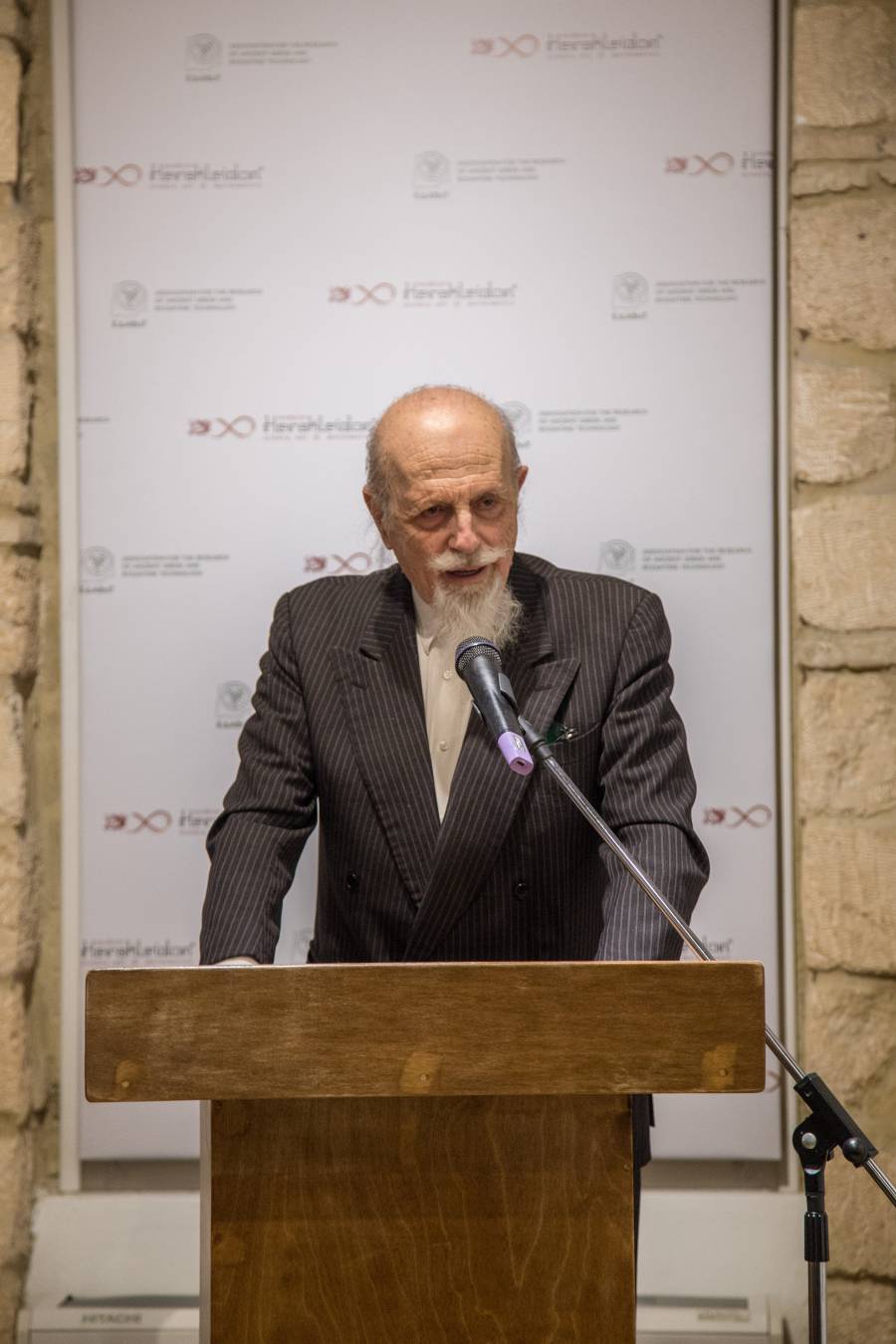 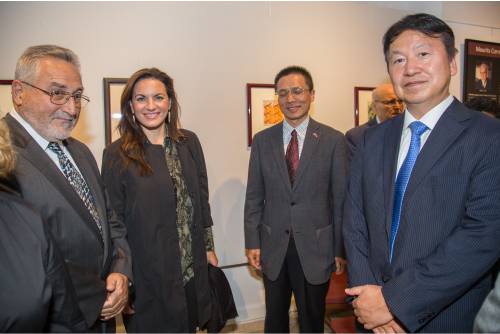 From left: Mr. Firos, the representative of the President of N. D., Mrs. Kefalogianni, Head of Culture and Sports section, the First Secretary of the Embassy of China Mr. Tian and the Ambassador of Japan in Greece Mr. Shimizu 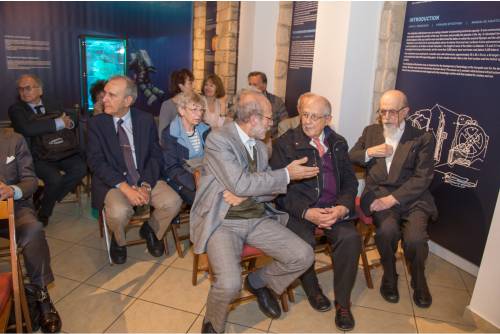 Manolis Korres, the President of the new Acropolis Museum and Professor of Archaeology, Dimitrios Pantermalis and Theodosis Tassios 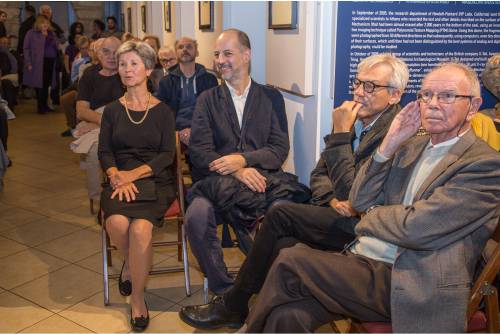 From left: Mrs. Firos, the poet Panagiotis Ioannidis, Professor of Philosophy of Aristotle University of Thessaloniki Mr. Kalfas and archaeologist, researcher and Chairman of the Institute for the Protection of Maritime Tradition Mr. Tzallas 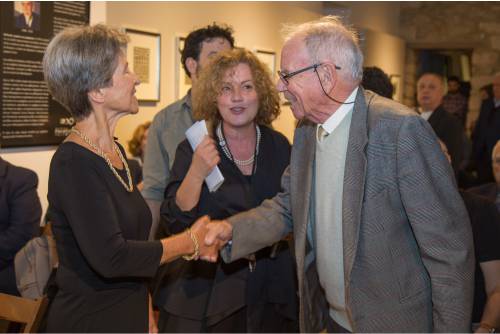 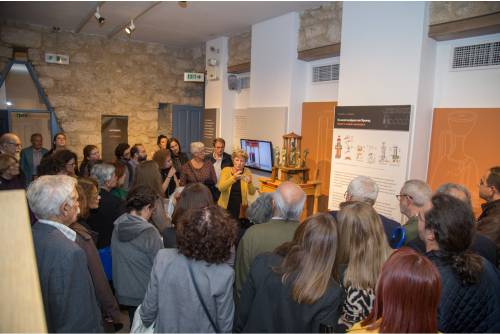 Professor emeritus of architecture at Aristotle University of Thessaloniki and secretary of the ΕΔΑΒυΤ, Mrs. Palyvou is guiding the public

Published in News
More in this category: HOPLITES: Greeks at War! (video) »