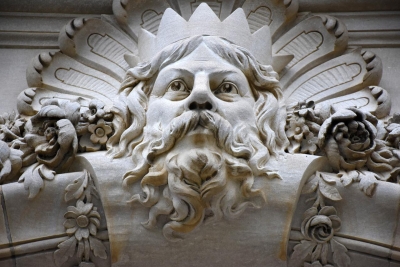 It is important to note that in Hesiod, the equilateral triangle of the manifested deity is formed with Titans in one summit, and the Hekatoncheires and the Cyclops in the other two: Thus, the Greeks recognised the synthesis of (i) the spiritual element, (ii) the natural forces and (iii) Technology (as a "natural" supplement of Nature). In fact, Cyclops were conceived as god-smiths.

The same place will be kept for Technology in the tripartite deity during the subsequent reign of the Olympians who have replaced the Titans. Besides, the victory of Zeus against the Cronides was only achieved when the "inventors-Cyclops" offered to him the absolute weapon of lightning - another proof of the significance of Technology for the Greeks.

Thus, the fundamental importance of Technology for the early greek tribes is clearly reflected in their basic Myths. And this will be presented with more details in the homeric epics.

Published in News
More in this category: « HOPLITES: Greeks at War! (video) Technology in Homer »