The sphere of Aeolus or Aeolopile 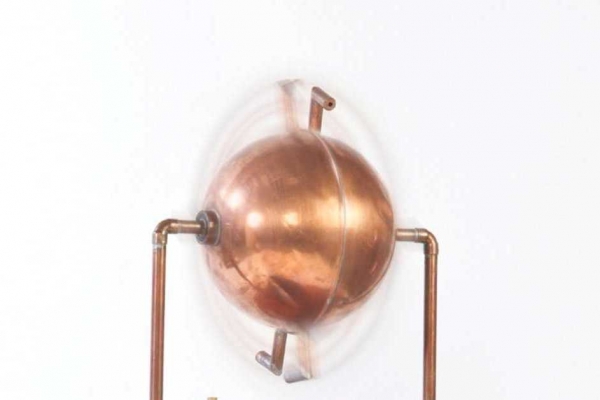 Heron's Aeolοpile exploits the pressure of vapor, converting it into motive rotary force. The steam produced in the boiler is directed through pipes into the sphere and is then  ejected under pressure through two nozzles in opposite directions, causing the sphere to spin. It is considered a precursor of the steam engine; only a simple chain-belt should be added, in order to transfer the rotary motion to a pump.

More in this category: « Plato’s alarm clock The moving automatic servant of Philo and Heron »