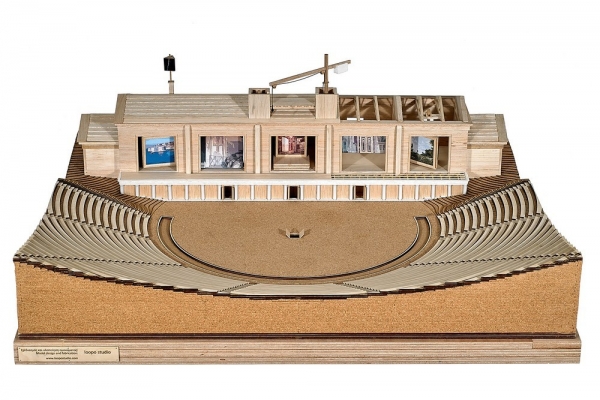 Aristotle attributes scenography to Sophocles. Using perspective drawing, lines drawn on the stage sets merged with actual elements of the stage building to create the illusion of real buildings.

The fact that theatrical competitions included at least three performances in the same day led to inventions to facilitate the fast and easy change of scenery in the presence of the audience. One such solution was the use of katablemata, or painted curtains rolled up behind the lintels of the stage doors that could unfurl one after the other. Many of the theatrical mechanisms known to us from Greek literature can be attested at the ancient theatre of Dion, the holy city of the Macedonians